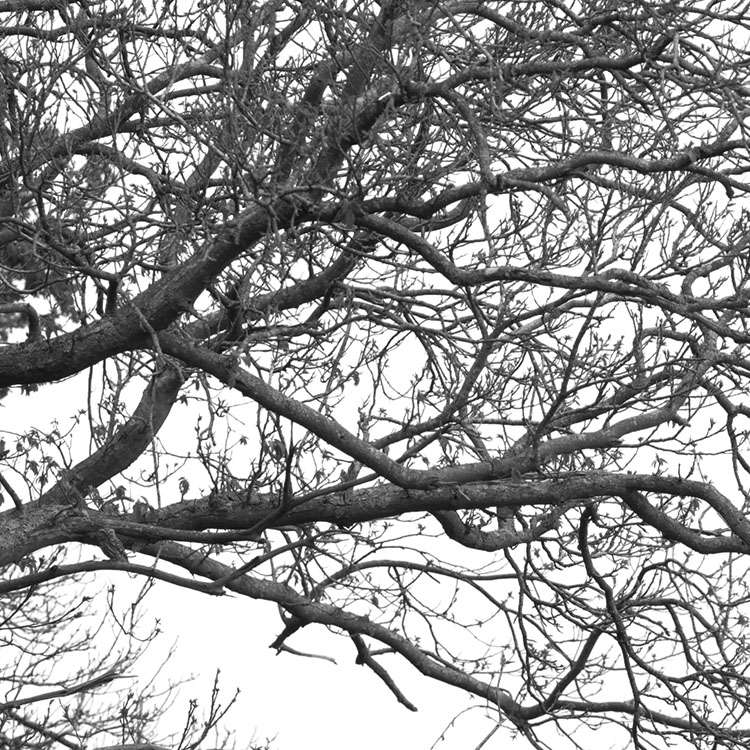 The question is, can you spot the bird that got me so excited on a walk the other day?

As a bit of a clue, it’s slightly bigger than the song thrush.

I have to admit, before I did a bit of research, I thought it was a native species. I now know it was introduced by some landowners, in 1879, who just thought it would make a nice edition to our native species. That kind of arrogant, thoughtless action often leads to unintended consequences having devastating effects on other native species. However, luckily, the introduced birds seem to have mostly managed to fill a vacant niche. It hunts small mammals and large invertebrates, including earth worms and beetles. Although, it was removed from offshore Pembrokeshire islands, as they were predating large numbers of Manx Shearwater and Storm Petrels.

We were walking across a field, heading towards some woodland when two flashes went past, one bird chasing another. It was the one being chased that got me excited. I’m ashamed to say, I can’t remember the other bird at all, but it was probably a blackbird. The bird flew to a nearby tree, but I completely lost sight of it, once it roosted. I quickly took a photo of the tree, just on the off chance I’d get lucky. Then started walking quietly towards the tree, to try and get a closer look. Almost immediately, there was another flash of brown as the bird flew off, disappearing into the woodland.

As you can see in the cropped image below, I did get lucky. It’s certainly not the best photo ever taken of a little owl, but it’s good enough for me! I’m very excited by the prospect of doing a piece of art inspired by the encounter and plan to send you regular updates on progress. So, watch this space.

The links to the webpages where I found information on little owls, are below. Including the scientific name Athene noctua which comes from its association, in ancient Greece (where it is a native species), with the goddess Athena.

All the best and stay well,

PrevPreviousNew work, plus visit my first dedicated art fair for free.
NextAnother Award and the first marks for the Little OwlNext 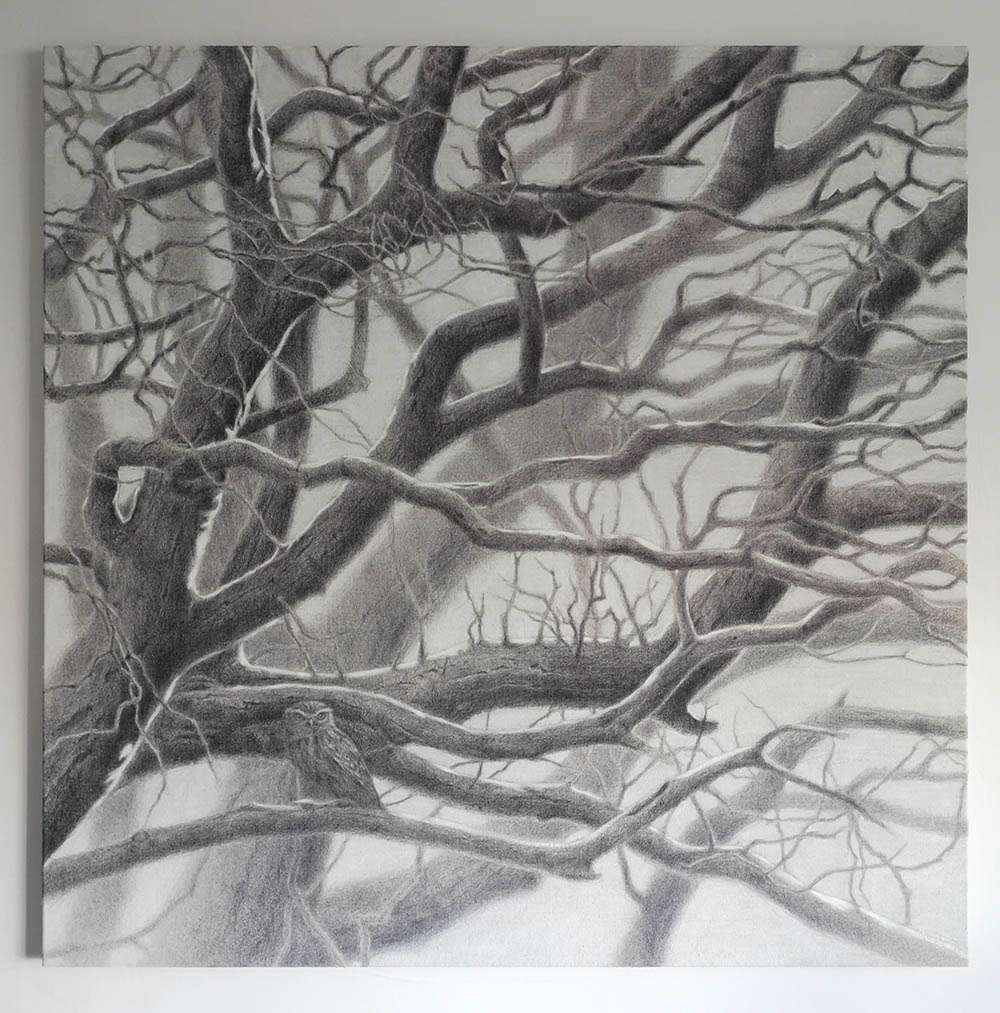 Finished Little Owl(?) and the start of an adventure

Morning, So, this could be the finished Little Owl. As ever, I’m not 100% certain yet. Putting the white on, in the way I have,

Morning, A quick update this morning. There’s a big jump in progress with the little owl as I’ve been working away at Hampshire Open Studios 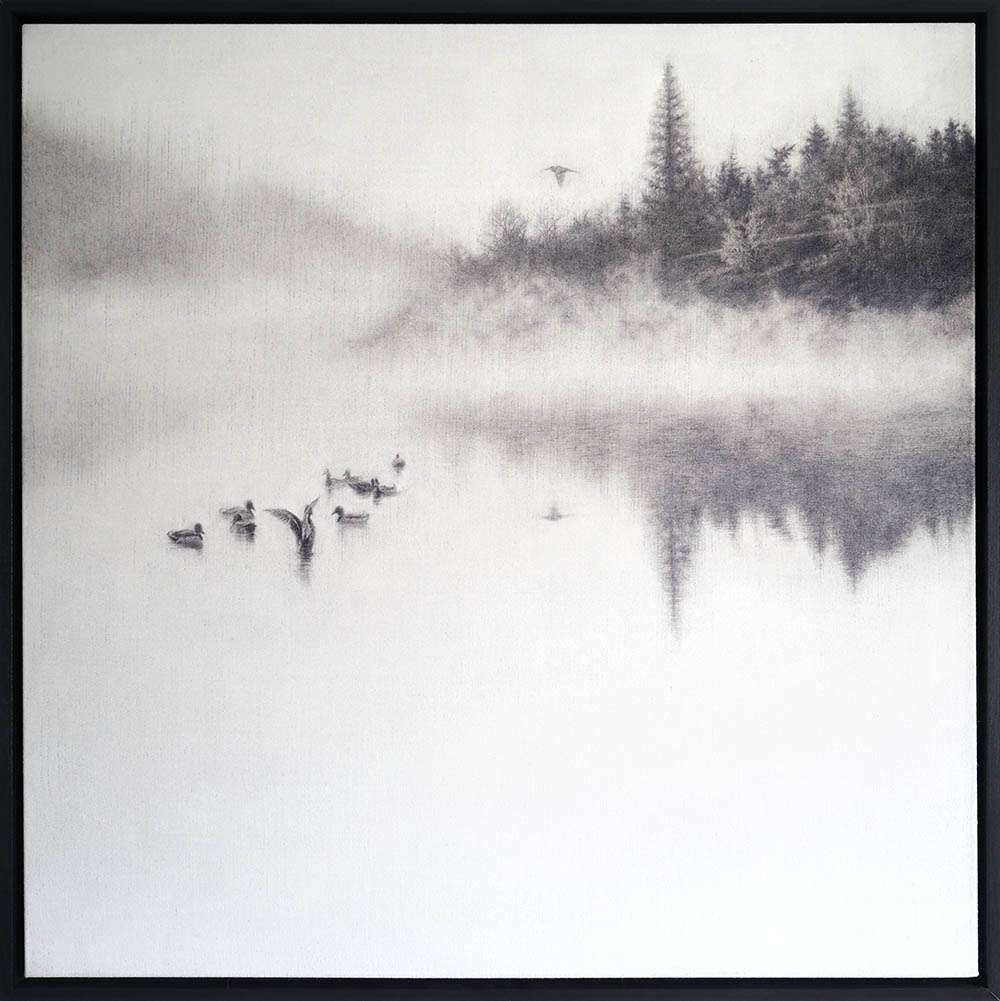 Another Award and the first marks for the Little Owl

Morning, A couple of updates for you this morning. Firstly, and somewhat unbelievably, another exhibition has decided to give me an award. I can’t quite

The question is, can you spot the bird that got me so excited on a walk the other day? As a bit of a clue,

Join me on the journey

I am currently away from my store, on an artistic adventure until the 3rd June. So, please be aware there will be a delay in dispatching any orders. I really am sorry for any inconvenience this may cause, but hopefully, it'll be worth the wait! Dismiss

Join me on the journey

See new work and offers, including free tickets to events, before anyone else.